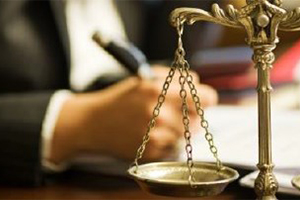 A new law associate in Canada can expect a median salary of $66,000 and it takes about five years to break six figures. But incomes vary across the board based on specialization and the size and specialization of the firm you land with. With a projected five-year job growth of 29% and a five-year wage growth of 14%, a career in law remains to be one of the most stable and predictable job paths in Canada.

There are two legal traditions in Canada: French civil law, dominant in Quebec; and English common law, dominant in all other provinces and territories. If you intend to practice law in Quebec, you must graduate from a Quebec law school. If you intend to practice in an English common law jurisdiction in Canada, you must graduate from one of the common-law schools in the other provinces/territories.

In order to be called to the bar, lawyers must have the following qualifications:

Law students are increasingly combining a traditional law school degree with other, more specialized degrees, such as an MBA, to be able to better apply the law to a specialized niche.

According to Statistics Canada, the average cost of a year’s post-secondary tuition at a Canadian university in 2013/2014 was $5,772. Hence we can assume that a four-year program will cost around $23,088.

For most undergraduate programs, $800- $1,000 per year is a reasonable cost to account for books and other materials. So let’s assume that the annual average cost is $900, and over four years that gives us an additional $2,700.

In this example, we will not factor in the cost of living if a student lives away from home. But keep in mind that this will obviously account for a large part of your undergraduate expenses.

Most LSAT prep courses cost between $600-$900, and you would spend around $200 for books. The current fee for taking the LSAT is $165. Assuming you only take the LSAT once, this step in the process of becoming a lawyer will cost you approximately $1,115.

According to MacLeans, the average cost of tuition for first-year law students in Canada is $13,796. This figure does not include other compulsory fees, which range from about $600-$3,500.

Most law programs require 3 years of study; hence we can assume that the total cost of law school will be around $47,538.

Bar Admission Course fees vary by province. There may also be fees associated with being called to the bar.

In order to gain the qualifications required to becoming a lawyer, an average student will be looking at around $74,441 of costs. And if a first-year median salary stands at $66,000, you should be able to repay your student loans within the first couple of years in the workforce with an aggressive savings strategy.

According to MacLean’s 2013 university rankings, the best law schools in Canada are the following: